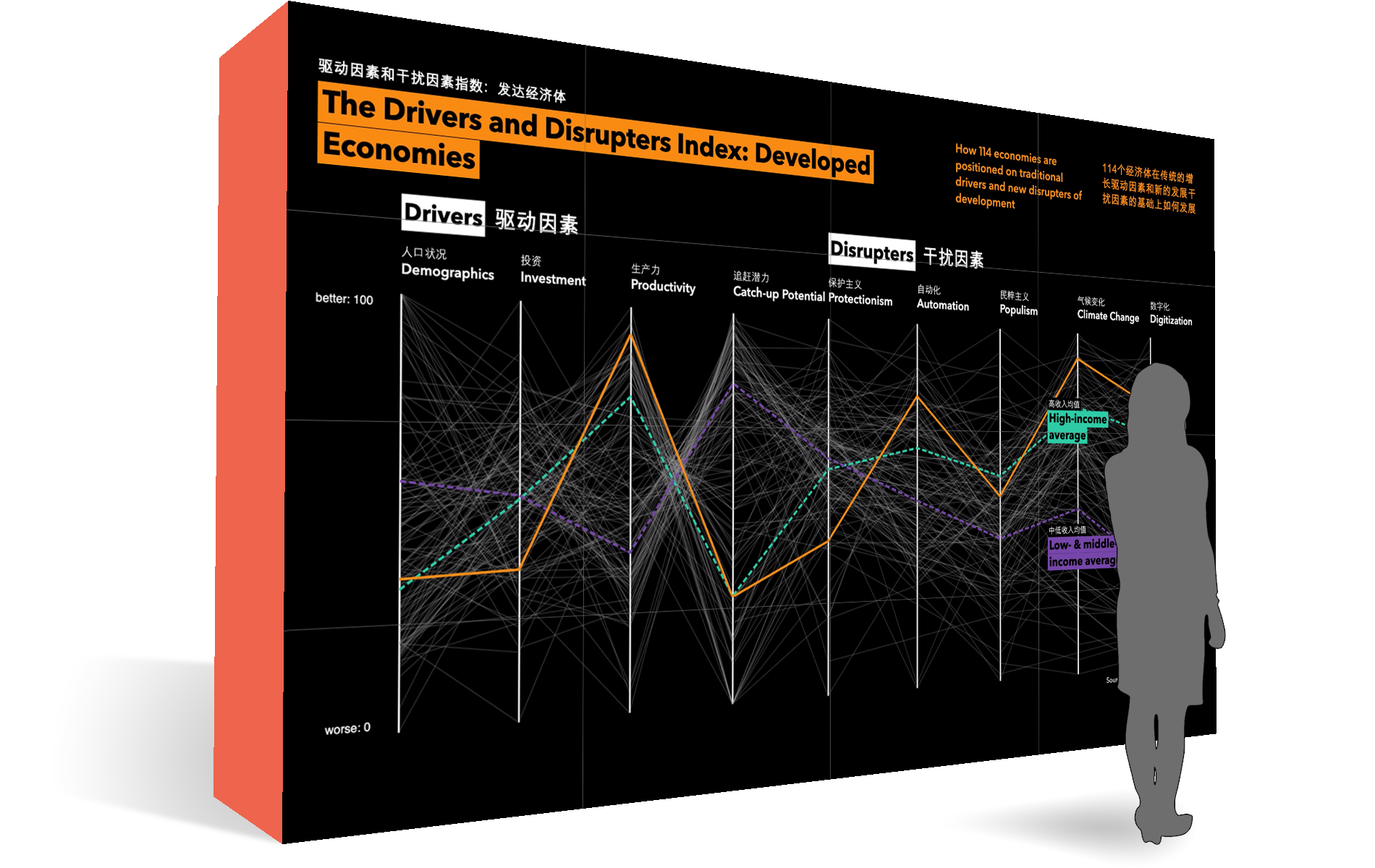 Mediawall installation showcasing over 50 data visualizations tied to the themes of the 2019 Bloomberg New Economy Forum held in Beijing, China. 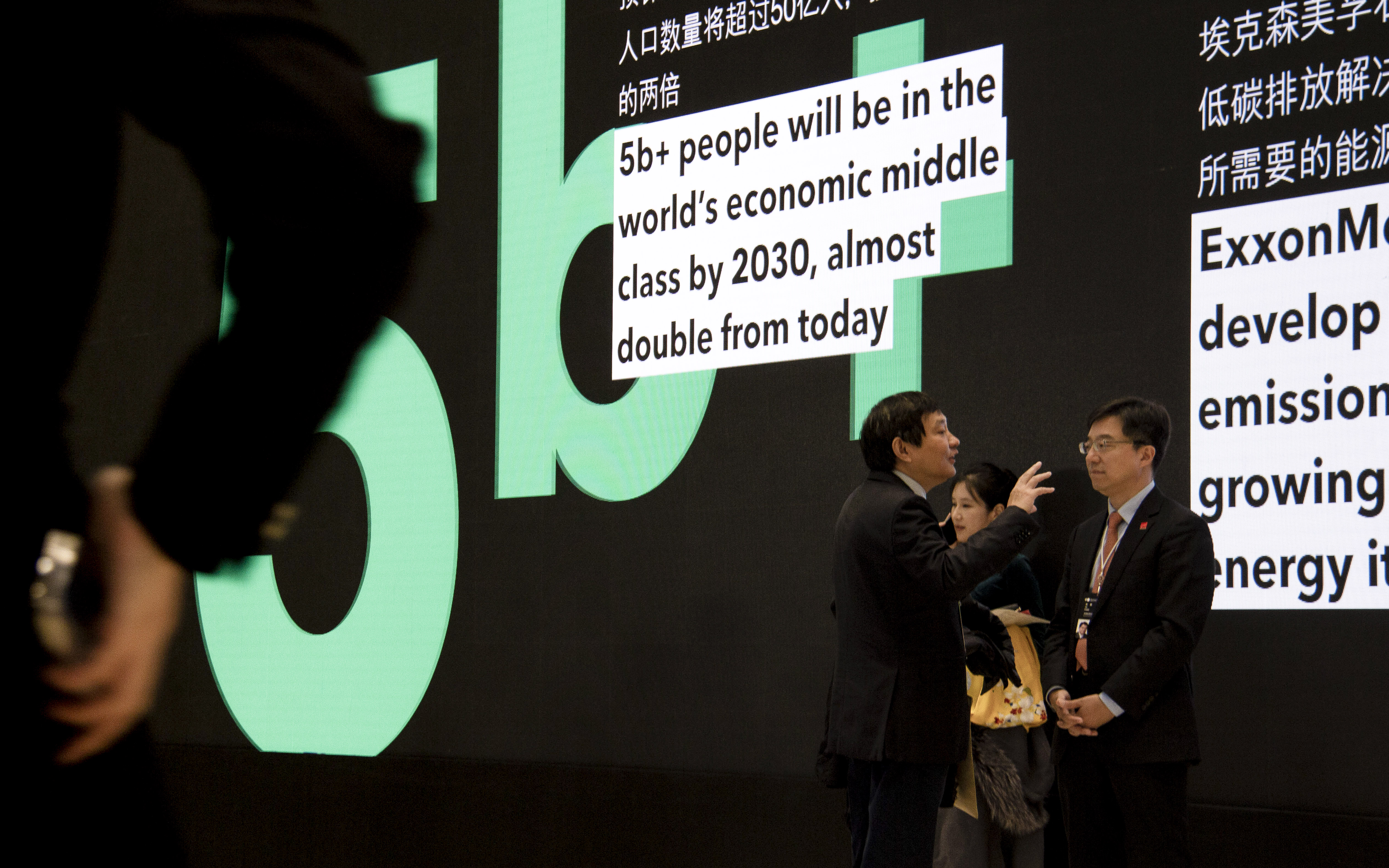 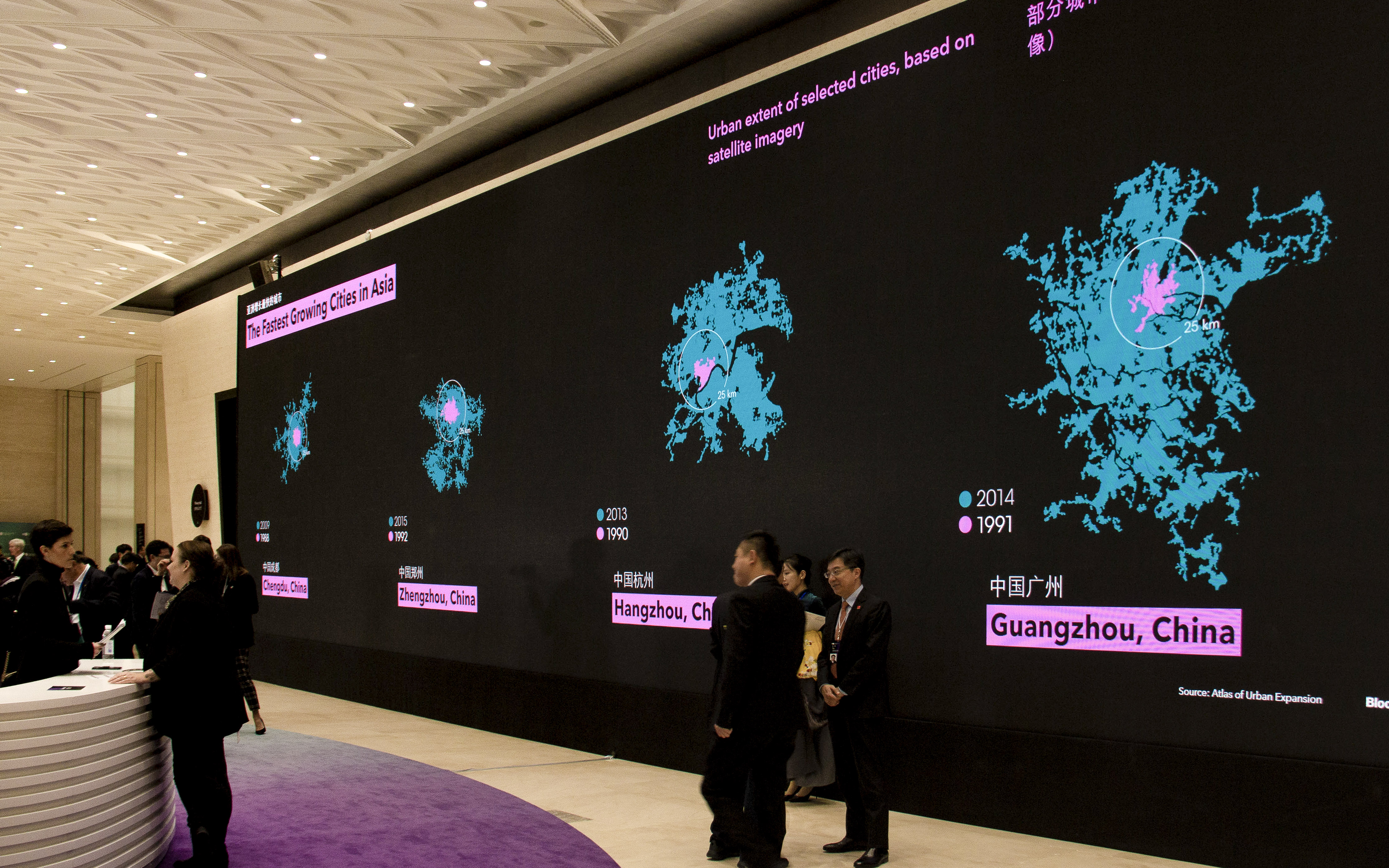 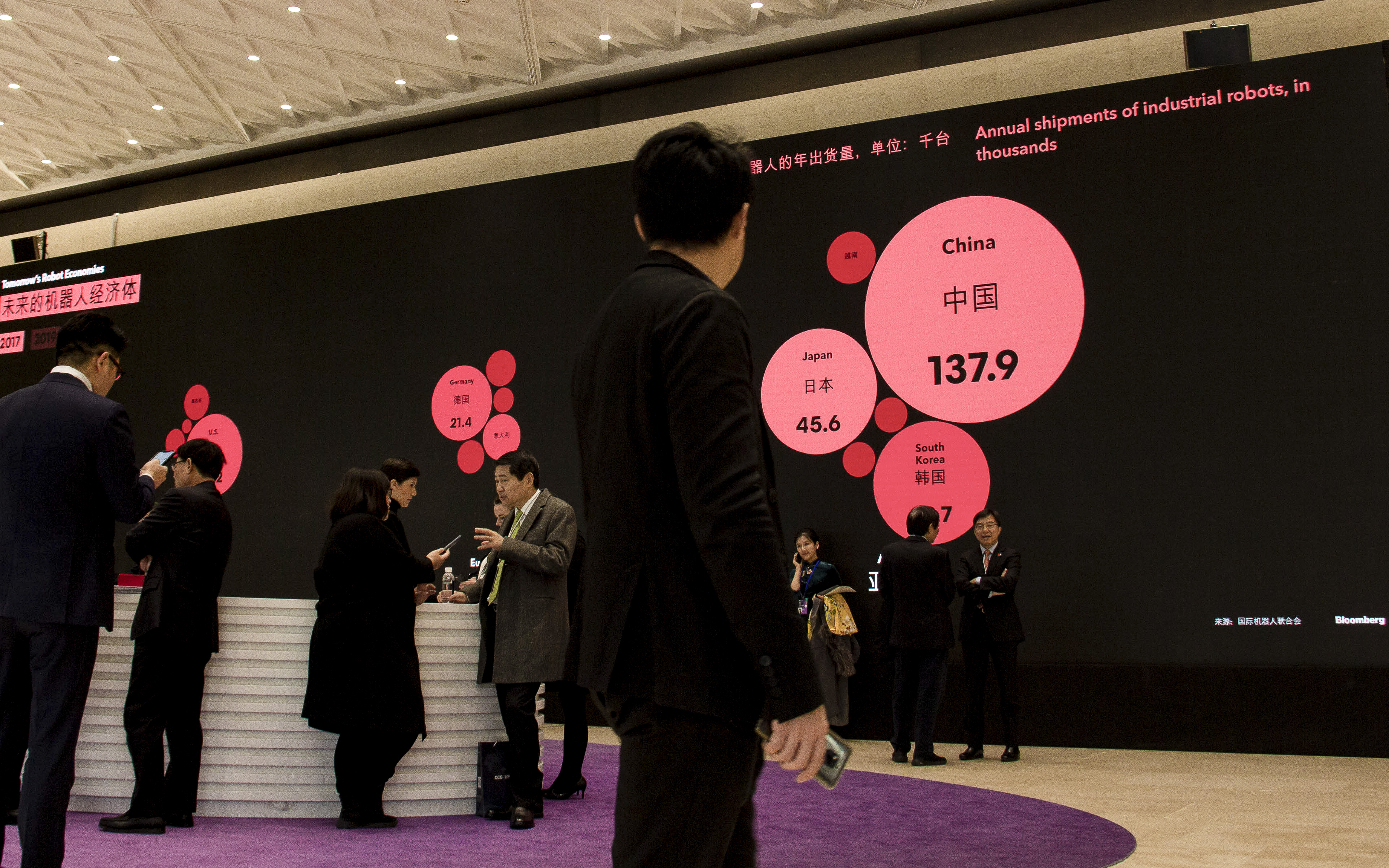 I was in charge of all data and techincal aspects of this project, including designing/building the platform, and developing all data visualizations.

• We needed to build a data visualization system that would manage and host multiple datasets linked to various visualization templates.
‍
• The system had to be flexible enough to handle up-to-the-moment changes/updates in the data, while integrating seamlessly with other mediawall content.

• We would not be able to test on site until immediately before the conference started. 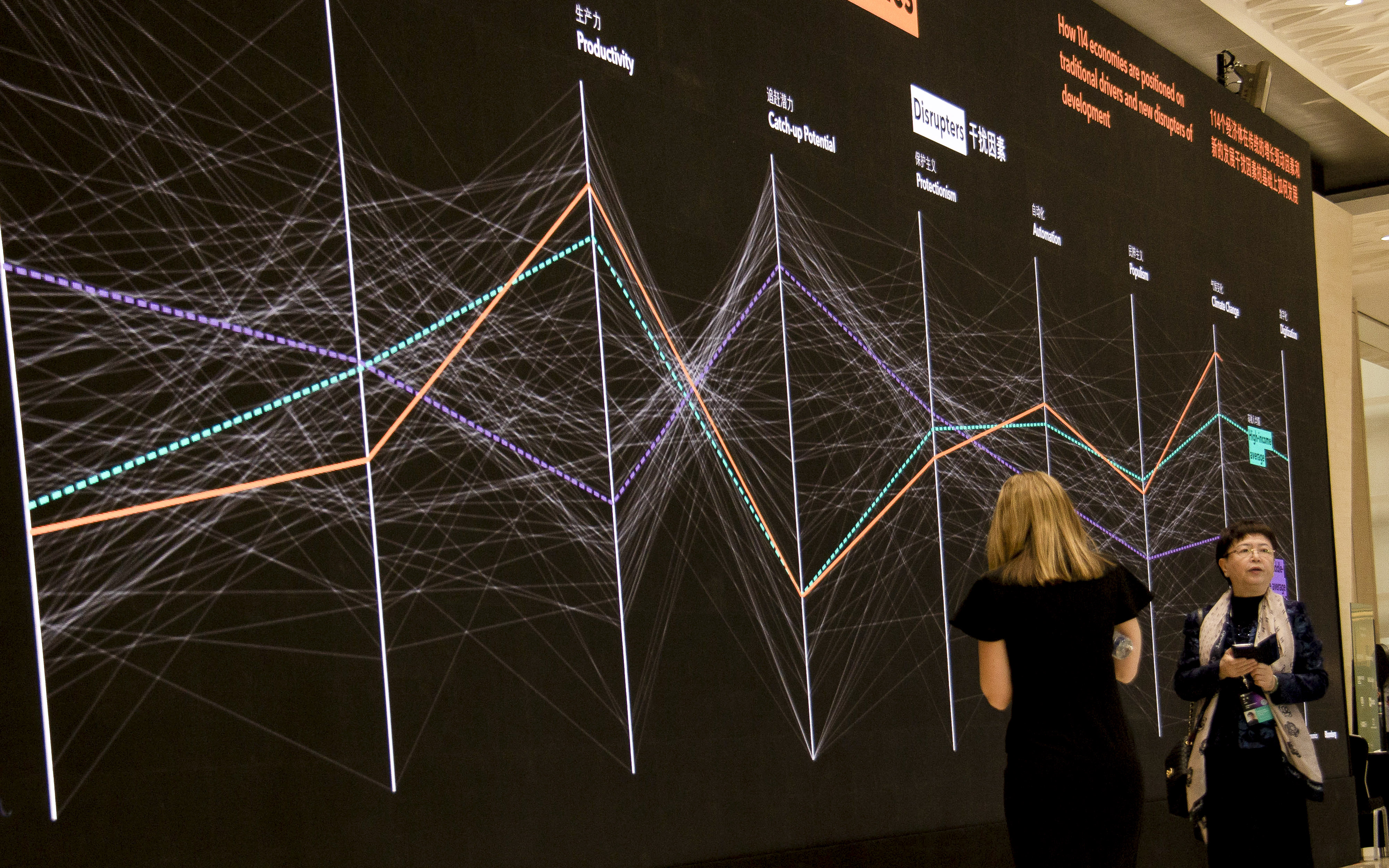 This project kicked off in mid-August with a 10-week turnaround to be ready in time for the conference. While the Bloomberg data & editorial team would supply the data, the complete datasets wouldn't be ready until right before the conference, and the selection of datasets was likely to change during the conference itself.

Our first task became designing a dynamic visualization system to handle such changes in the source data. We designed a system of 7 unique templates, and a standardized data formatting model that our partners at Bloomberg could use to ensure compatibility with the templates. As they worked to collect the data, we created mock datasets and set about developing the visualizations as well as a centralized system to manage the data in real-time.

We built the system to run off of a local web server that we could install on site, and push content to the screens in real-time. This approach also allowed us to make a testing environment on the web that we could share with the Bloomberg team to debug datasets as they were being compiled.

Given the high-profile attendees, security restrictions at the conference center would be strict, and we could not plan on, for instance, a reliable internet connection to the outside world. So, we worked out numerous contingency plans, and arrived in Beijing with multiple backups of all necessary laptops and software/libraries.

In the end, that prep work paid off. It was a first proof-of-concept for us (and the hardware vendors) to run mediawall visualizations live using a webserver in this manner.

The visualizations ran flawlessly, and the ability to make changes to the content in real-time added much-needed flexibility for these types of events, which can be chaotic and changing up to the last minute. 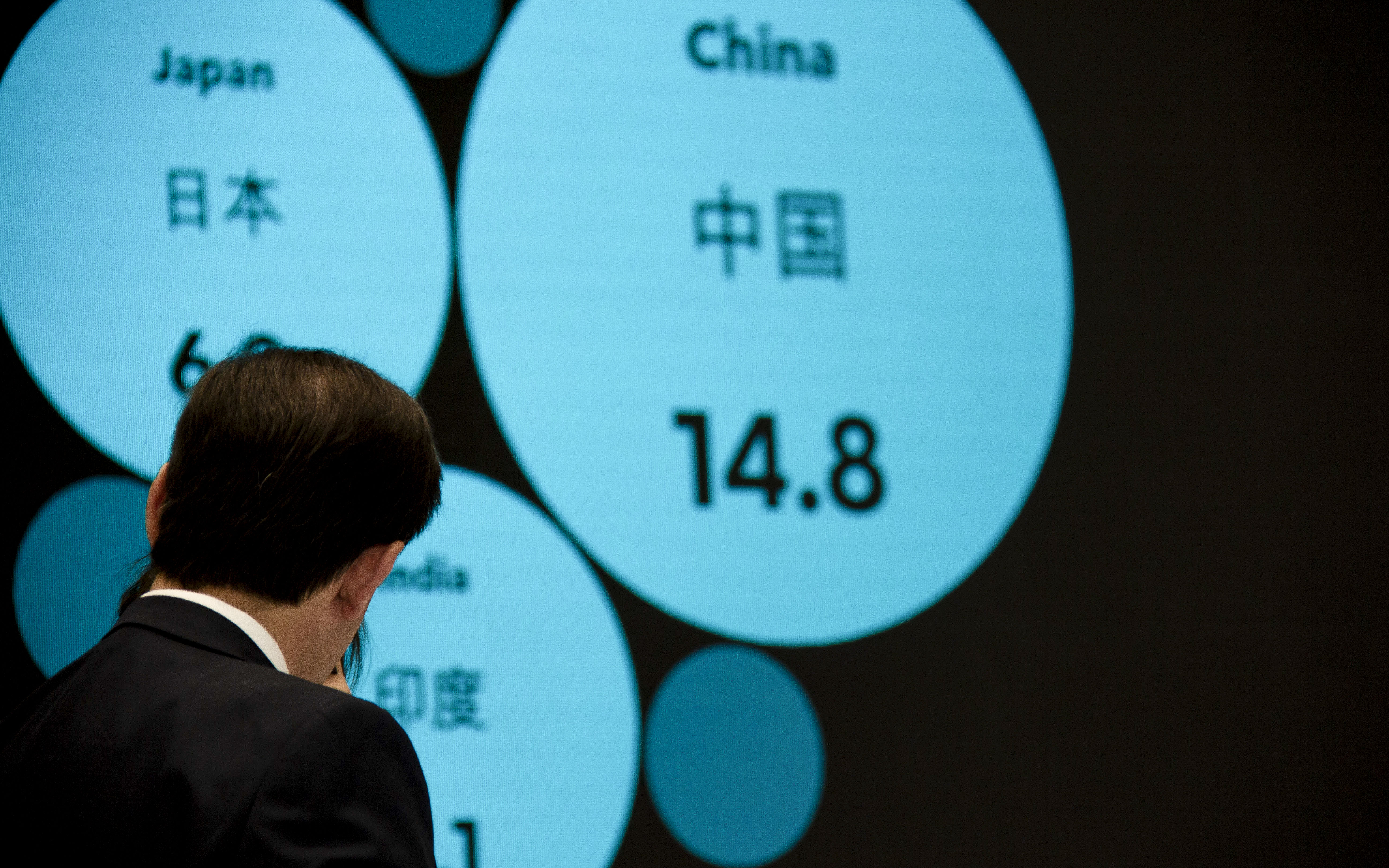 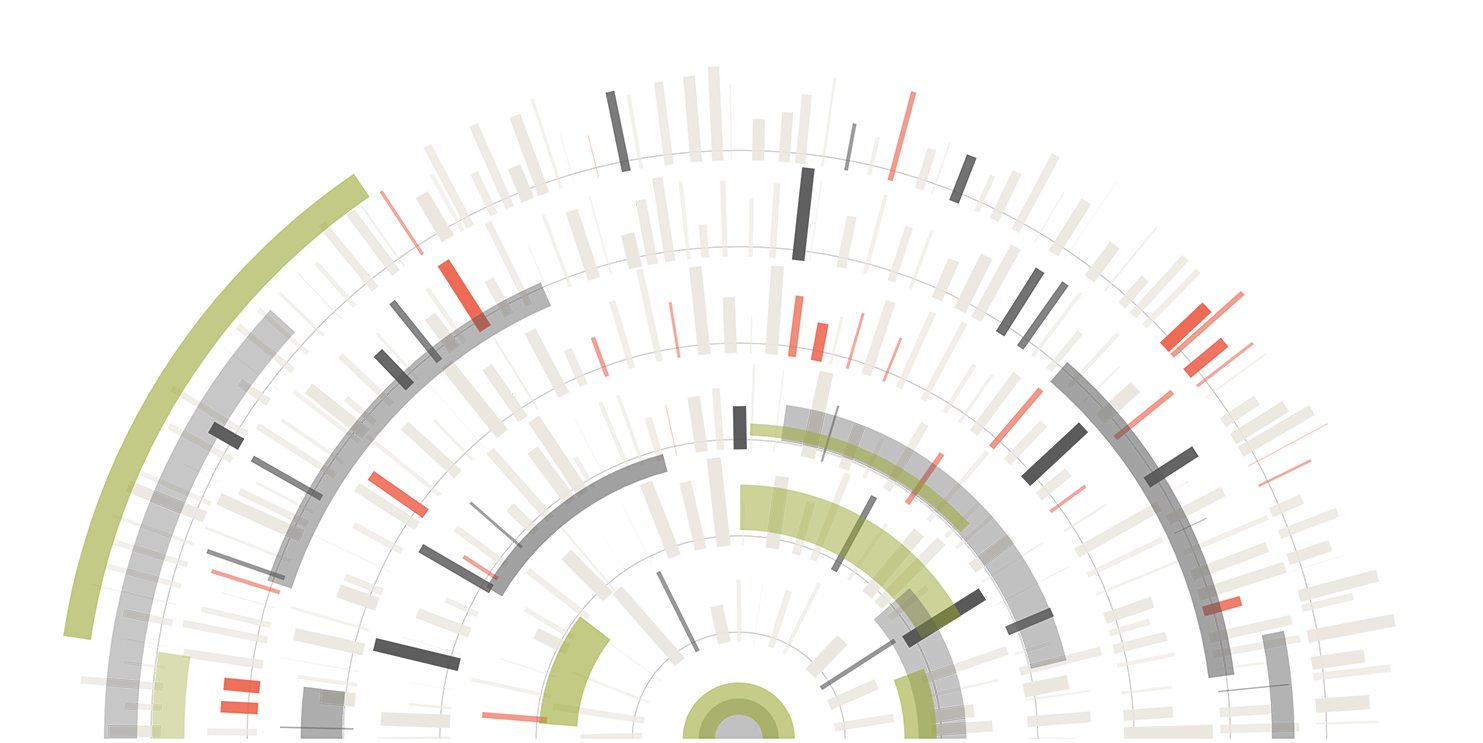